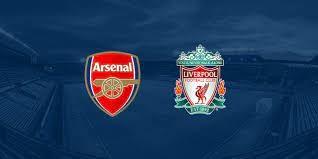 Arsenal, who are currently in first place in the Premier League, take on a struggling Liverpool club in north London on Sunday (see live, 11:30 am ET on USA Network and online via NBCSports.com).

However, Jurgen Klopp’s team has had the Gunners’ number recently, having dropped only one of their last 14 Premier League meetings with them. However, Mikel Arteta’s team leads Liverpool by 11 points going into this match, and they appear to be a totally different threat this year.

Last season, Klopp and Arteta got into a fight on the sidelines, and this weekend at the Emirates Stadium, we can anticipate a hot atmosphere both on and off the field.

We examine recent results, head-to-head statistics, anticipated starting lineups, and a prediction for what should be a classic Arsenal vs. Liverpool matchup below.

Who has more wins, Arsenal or Liverpool? (all competitions head-to-head)

Don’t fix something if it isn’t broken. That is Mikel Arteta’s current catchphrase as the Gunners are soaring. Ben White and Oleksandr Zinchenko dominate at fullback, while Eddie Nketiah and Fabio Vieira are excellent options off the bench in the attack. Takehiro Tomiyasu and Kieran Tierney are eagerly waiting. The same starting lineup from their victory over Tottenham last weekend is anticipated.

For the midweek UEFA Champions League victory over Glasgow Rangers, Klopp changed from his regular 4-3-3 formation, and that came as a great shock. But it did work. Having two holding midfielders makes Liverpool’s defence appear stronger, which is what they appear to be doing.

Who will begin in such positions? Though it would be difficult to omit one of Jordan Henderson, Fabinho, or Thiago Alcantara, it appears as though Thiago might be done away with as he continues to near full fitness and Klopp opts for a somewhat more defensive stance. It would be interesting to see if Nunez or Firmino start in the center position up top because this formation allows Klopp to use four very offensive players. Although Andy Robertson is recovering from his injury, this game might be too soon for him.

Prediction for Liverpool vs. Arsenal
This game is very difficult to predict. In recent years, Liverpool has served as their archrival, regardless of how well Arsenal has been performing. Do not undervalue that. From this point on, it appears that Klopp will adopt a slightly more practical strategy, which Liverpool may need some time to adjust to.

In light of Arsenal’s momentum and Liverpool’s ongoing defensive problems, I’m betting on a home victory. In a thrilling finish, Arsenal won 3-2.